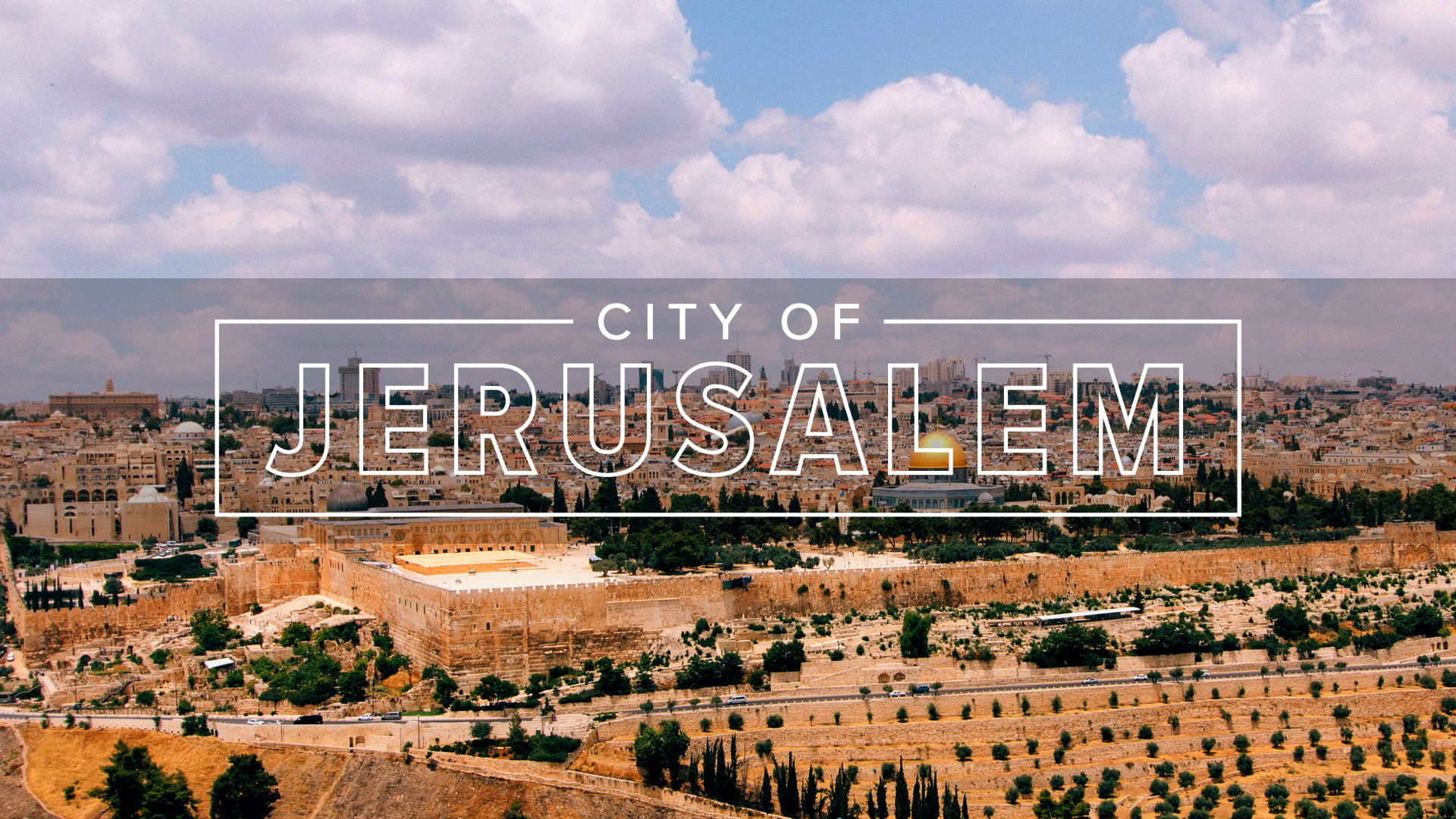 Journey To The Cross

Did you know? Today is Palm Sunday, the Sunday before Easter when Christians all over the world celebrate Jesus' triumphal entry into Jerusalem. All the locations we've virtually traveled to together during our God of Miracles have been leading us to one place - Jerusalem, where the journey of Jesus ends and our faith begins. Here, Jesus would lay down his life as a sacrifice for the sins of the world and change history forever.

On his Journey to the Cross, Jesus knew exactly what awaited Him in Jerusalem. Even though He predicted his death and resurrection 3 times in the Gospels, clearly explaining to his disciples what would happen to Him, they just didn't get it. Ultimately, this was God's plan from the beginning - that Jesus would prove his love by being rejected, condemned, and murdered on a Cross in our place...to pay for our sins.

During the last week of Jesus life, traditionally called "Holy Week" Jesus arrived in Jerusalem for the Passover celebration. See, Passover was a week-long religious festival for the Jewish people when Jews from all over the Roman world would pour into Jerusalem to celebrate their exodus from Egypt. This is the place and time when Jesus would boldly announce to the public just the kind of KING He is! See, Jesus rode into Jerusalem riding on a donkey, fulfilling the prophesy in Zechariah 9:9 that every Jew in Jerusalem would have known. With this, he intentionally sent a signal: HE IS THE LONG-AWAITED SAVIOR and King of the Jews! In a time when Kings would triumphantly enter a city riding a white horse and flexing their muscle, wealth and power, Jesus arrived in Jerusalem in humility, peace and service.

However, Palm Sunday was not a time of triumphal entry for Jesus...it was actually a time of heart-wrenching sadness. Why? It launched the series of events that led to Jesus' death on a Roman Cross to pay the penalty for our sins. Before we get to the Cross, Jesus actually retreated with His disciples to the Garden of Gethsemane to pray and wrestle with the reality of His coming crucifixion. See, Jesus knew that the moment He took on the sins of the world, he wouldn't just experience physical pain, but all the separation, judgement and punishment required by God.

The Crucifixion of Jesus was the darkest hour of the darkest day in human history. This day, man murdered God...and the God of the universe held His power back. He absorbed the punishment we deserved out of his DIVINE LOVE for us.

WHAT KIND OF KING?

Guys, when I say "Jesus Loves You" I mean it. Jesus' love is the most selfless, sacrificial love in the universe! At the Cross, God tells us that He'd rather die than live without you. The Cross shows us the lengths that God will go to save us from our sin and brokenness. It reminds us that FORGIVENESS comes at a great price. What kind of king is Jesus? He's the kind of king who rode into Jerusalem on a donkey...was crowned with thorns...was crushed in a garden...and was enthroned on a Cross so you and I would be forgiven by God....and know the love and mercy of our Father in Heaven! That's the kind of KING we serve. When Jesus says in Matthew 16:24 to "Take up your Cross and follow me," he calls us to put our faith in His death on a Cross and RESURRECTION from the grave. I can't wait to celebrate the Risen King next Sunday on Easter!